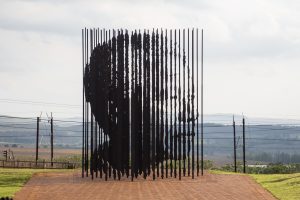 “To be free is not only to get rid of its chains; It is to live in a way that respects and strengthens the freedom of others. “ 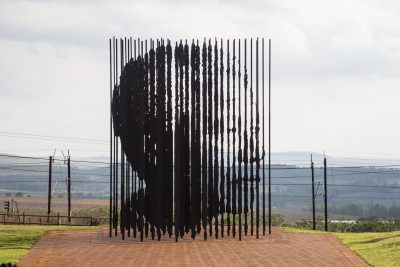 LEARN MORE ABOUT MANDELA’S TIME ON ROBBEN ISLAND! People lived on Robben Island many thousands of years ago, when the 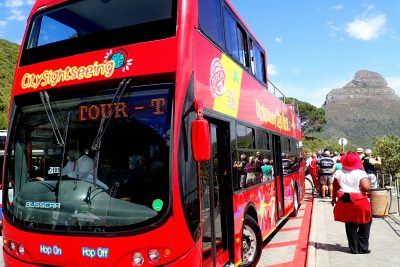 With the Hop-on Hop-off Cape Town, on board with us to view the city’s best sights and attractions across 3

Robben Island or Robbeneiland (Afrikaans) is an island in South Africa, located off Cape Town, 6.9 km west of the coast of Bloubergstrand.

Inscribed on UNESCO’s World Heritage List in 1999, Robben Island is known for being used as a prison, leprosarium, psychiatric hospital and military defence post. In the twentieth century, black opponents of the apartheid regime, sentenced to long sentences, were interned there, including three future South African presidents (Nelson Mandela, Kgalema Motlanthe and Jacob Zuma).

A BIT OF HISTORY…

The island was first recorded by the Europeans in 1498, when Vasco de Gama’s fleet reached the Cape of Good Hope. From 1658, Robben Island was used as a prison by the first Dutch settlers, landed in Cape Town 6 years earlier. Chief Khoi, Harry Strandloper, is the first inmate on the island.

A number of other persons will be detained there until 1795, not only of the African convicts of common law but also of the natives of the Dutch colonies of Southeast Asia, such as that of Batavia, condemned to exile and deported to Africa by the Dutch authorities. From 1771 to 1790, the island is also used as a quarantine station.

From 1795 to 1802, British troops occupying the Cape used it as a military prison, mainly Dutch whites, and for ordinary convicts before returning briefly under the control of the Batavians authorities.

From 1806 to 1842, the British authorities of the Cape Colony, who definitively succeeded the Dutch authorities, gave Robben Island its vocation as a military and common law prison. In 1819, during the fifth Kaffir war, the British authorities included a prophet and rebel leader Xhosa, Makana Nxele, who was sentenced to life imprisonment on the island. He will drown in the waters of the Bay of the Table during his escape attempt to regain the shores of the continental shelf. 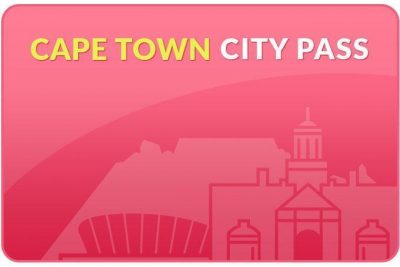 INCLUDING TABLE MOUNTAIN CABLE CAR, ROBBEN ISLAND MUSEUM TOUR, HOP ON HOP OFF BUS, AIRPORT TAXI TO YOUR ACCOMMODATION AND

In the early years of 1845, the island was reassigned to a psychiatric centre for Lunatics (until 1921) and a leper hospital (until 1931) following the transfer of the Hemel-en-Aarde Leper colony formerly located in Caledon. Robben Island has the advantage of being both isolated, to avoid contamination, but also can benefit from a healthy environment for cures. Initially, admissions are made on the basis of volunteerism but from 1892 onwards they are no longer voluntary, and the movements of lepers are limited. Before 1892 the average number of admissions per year was 25 people, but in 1892 this number increased to 338 and more than 250 in 1893. At the same time, Robben Island continues to be used as a military prison and for common rights.


During the Second World War, the island was fortified and weapons were installed to ensure a part of the Cape’s defence. After the war, it became a training ground and in 1951 was awarded to the South African Marine Corps (South African Navy). In 1959, it was transferred to the prison department to erect a maximum security penitentiary centre.


Robben Island became a maximum security prison in 1961 for long-term convicts (ten years in perpetuity), particularly for ANC members and anti-apartheid movements. Nelson Mandela was detained there for nearly 17 years, starting at 1964, before being transferred to Pollsmoor prison in 1982 and then to Victor Verster in 1986, near Paarl. The future President Jacob Zuma was imprisoned for ten years.

In 1996, Robben Island definitively ceased its function as a penitentiary to become the next year a national museum.

In the South African general election of 2009, the Democratic Alliance won the electoral district including Robben Island.

Massavana, leader of the Meermin slave mutiny in February 1766
On 20 January 1766, the Meermin, a slave ship of the Dutch East India Company, deported more than one hundred and fifty black captives, mostly sixteen years old, from Tulear (Madagascar) to the Dutch colony of the Cape of Good Hope, The extreme south of Africa.

The Dutch East India Company owned counters and colonies on the coasts of present-day South Africa to Mozambique, where tens of thousands of black captives from Africa and Asia were used as beasts of sum.


Originally from Madagascar, Massavana was born in the years 1740. He was about 26 years old when he joined the African Resistance fighters at the Yovodah, with his compatriot Koesaaij.

In the Fon language (spoken in Benin), “YOVO” means European white and “DAH” means cruel or cruelty. YOVODAH is, in the language of African victims, the expression used to refer to this white European cruelty at the expense of Africa, Africans and black people from all over the world.


Massavana and Koesaaij were reportedly received aboard the Meermin. But they are assailed by the slave sailors coming out of the boat, stripping them, tying them and sending them to the bottom of the bilge.

During a cleaning chore on the bridge, Massavana and his brothers attacked the slave and threw most of them overboard. However, about 20 survivors fled to the ship’s armoury, where they organized resistance against the African revolts. Having decided to join the coast aboard canoes, Massavana and his compatriots were captured by the local settlers and sent to Cape Town to be tried as fugitive slaves. Their trial occurred a few months later, on 25 August 1766: Massavana, Koesaaij and their countrymen were sentenced to various prison sentences on Robben Island. Massavana died three years later on December 20, 1769, while Koesaaij survived for about twenty years.

Nelson Rolihlahla Mandela (1918-2013) was one of the historical leaders of the fight against the institutional political system of racial segregation (Apartheid), before becoming President of the Republic of South Africa from 1994 to 1999, following the First non-segregated national elections in the country’s history.

He entered the African National Congress (ANC) in 1943, in order to combat political domination by the white minority and racial segregation established by it. Becoming a lawyer, he participated in the non-violent struggle against the laws of Apartheid, set up by the Government of the National Party from 1948. The ANC was banned in 1960, and the peaceful struggle yielding little results, Mandela founded and led the ANC military branch, Umkhonto we Sizwe, in 1961, which was waging a sabotage campaign against public and military installations of the South African state. .

On 5 August 1962, he was arrested by the South African police on the CIA’s indication, and was sentenced to prison and hard labour in the Rivonia trial. He was imprisoned at Robben Island for 18 years, then transferred to Pollsmoor prison, on the outskirts of Cape Town, where he remained 9 years older. As a result, it became a symbol of the struggle for racial equality and enjoyed growing international support. After 27 years of imprisonment under often very harsh conditions, and after refusing the conditions under which he was consented to release him, in order to remain consistent with his convictions, Mandela was released on 11 February 1990.

In 1993, he was awarded the Nobel Peace Prize for having jointly and peacefully ended the Apartheid regime and laid the groundwork for a new democratic South Africa. In 1994, he became the first black president of South Africa, the Rainbow Nation.