People lived on Robben Island many thousands of years ago, when the sea channel between the Island and the Cape mainland was not covered with water. Since the Dutch settled at the Cape in the mid-1600s, Robben Island has been used primarily as a prison. Indigenous African leaders, Muslim leaders from the East Indies, Dutch and British soldiers and civilians, women, and anti-apartheid activists, were all imprisoned on the Island. Nobel Laureate and former President of South Africa Nelson Mandela was imprisoned on Robben Island for 18 of the 27 years he served behind bars before the fall of apartheid.

Robben Island has not only been used as a prison. It was a training and defence station in World War II (1939-1945) and a hospital for people with leprosy, and the mentally and chronically ill (1846-1931). Since 1997 it has been a museum and a heritage site.

You can select morning or afternoon tickets, An exact departure-time will be given after your reservation. Tickets will be sent within 24 hours.

How does it work?

Timeslots can not be changed or cancelled after your reservation. We would like to ask you to be available in the morning or afternoon when you have selected this time of the day. 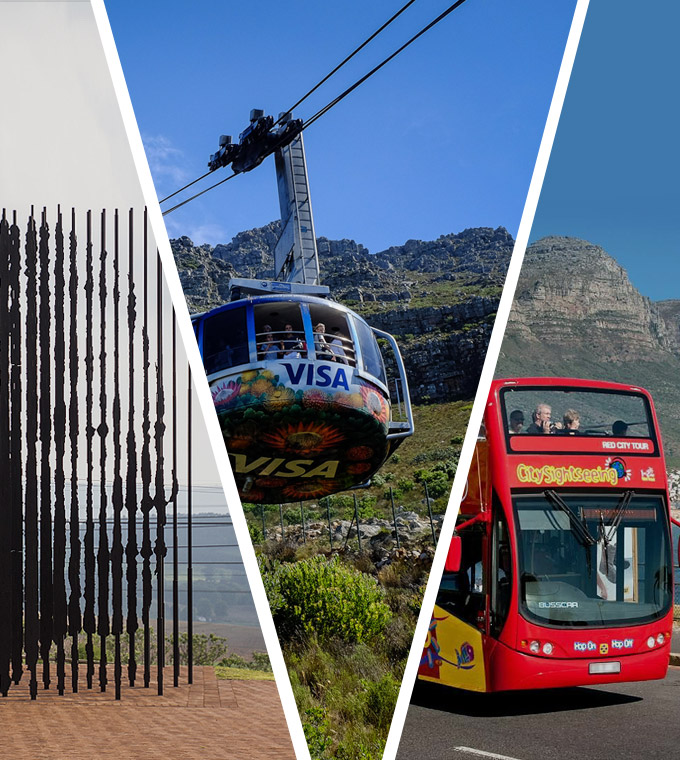